The stage reading of an original text by Ukrainian author Anastasiia Kosodii presented a work in progress for the first time at Archa Theatre as part of the International Festival of Documentary Theatre AKCENT 2022 and the ARTIST IN WAR project. 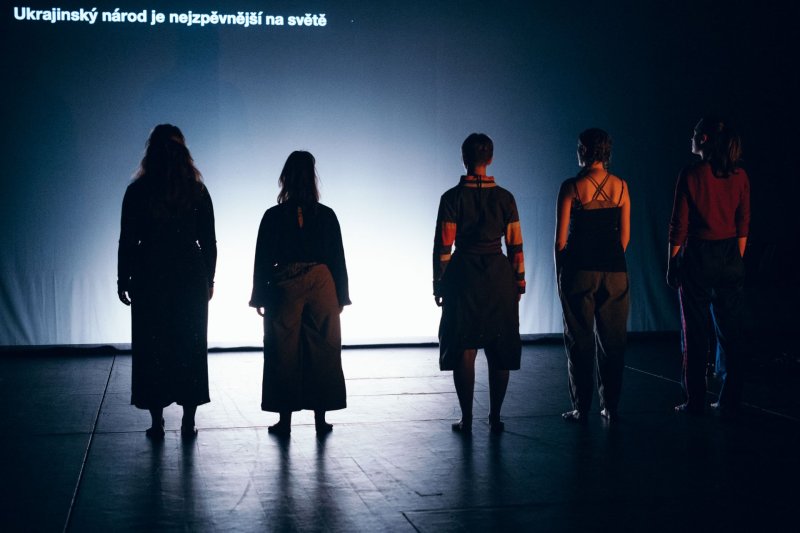 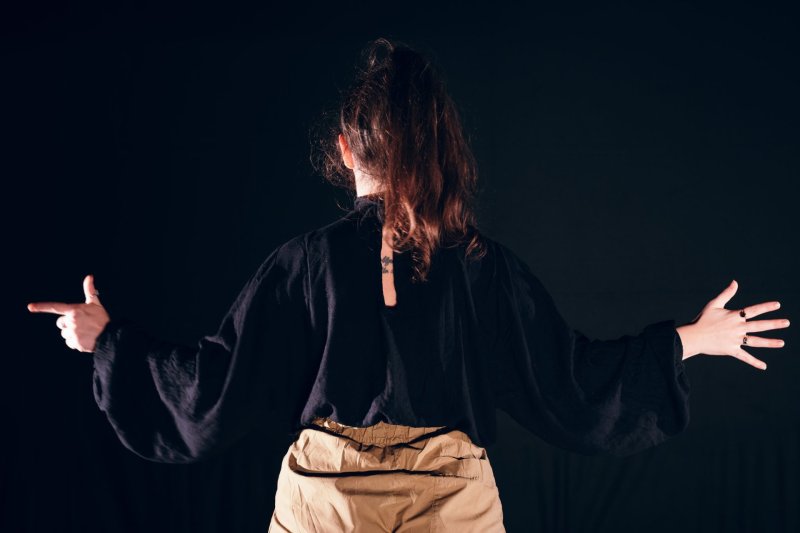 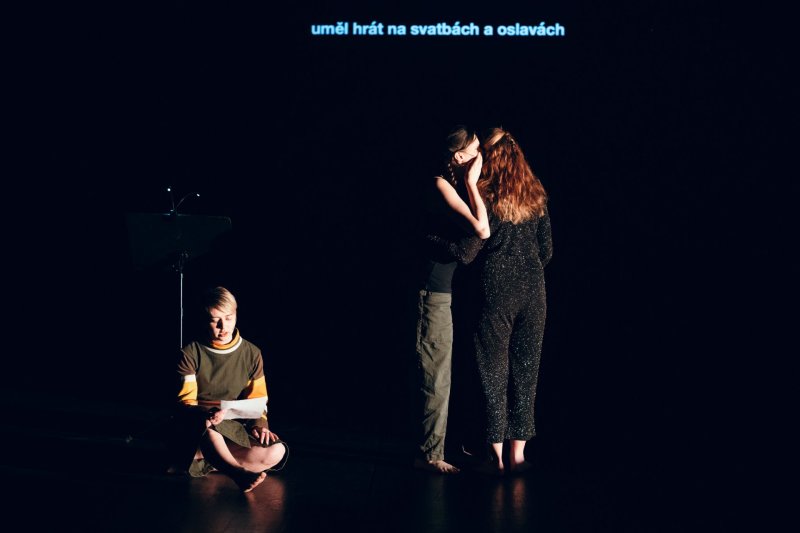 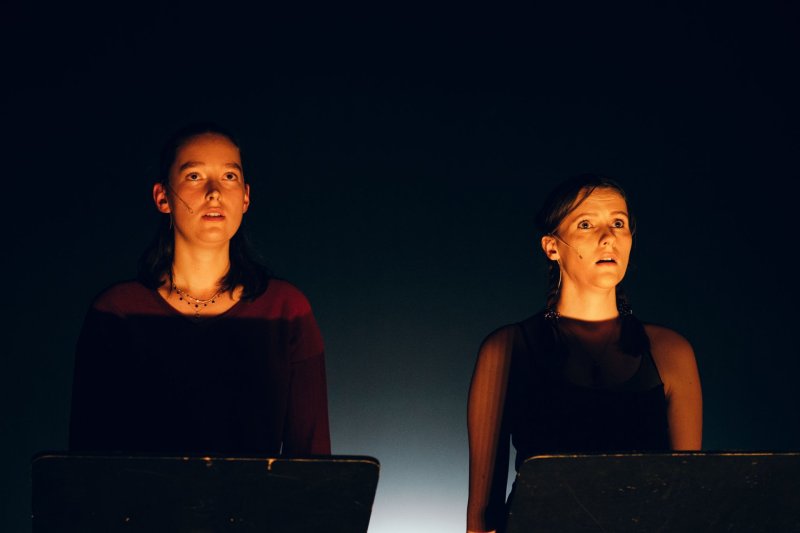 The text of the young Ukrainian writer Anastasiia Kosodii is a strong emotional statement that has a post-dramatic form and at the same time has deep roots in the Ukrainian cultural tradition. Theatre director Jana Svobodová chose a very modest staging format so the stories could be perceived on their own. Part of the production is the projection of the entire original unchanged text.
Five female performers, each from a different European country, react to the text with movement, singing and music. The empty space is thus filled with emotions that are transferred to the audience. After the premiere at the Akcent festival, the audience remained in the auditorium for long minutes in silence and meditation.

The production of the Archa Theatre was created in cooperation with the Jam Factory center, Lviv, Ukraine as part of the Artists in War international project.

First showing: November 18, 2022 at Archa Theatre within the AKCENT Festival.